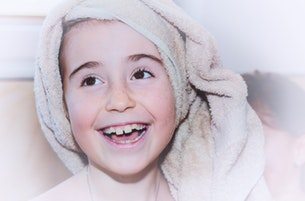 We hear the word “fluoride” a lot, but how much is really known about it and its importance to our teeth? In this issue, we’ll give you a crash course in fluoride and why it’s indeed important for healthy teeth in children and adults alike.

Fluoride is a natural mineral that’s found in the earth’s crust. It forms in rocks and soil and is swept into natural bodies of water (rivers, lakes, and oceans) after being dissolved by groundwater.

How does fluoride help to prevent tooth decay?

The destruction of tooth enamel is gradual, so you probably don’t even know it’s happening. Acids from things like carbohydrates, sweets, pasta, etc. gradually strip away your enamel.

Fluoride will make your teeth and the teeth of your child increasingly more resistant to those attacks by acid. In addition to that, fluoride can even reverse early decay.

In what forms can I get fluoride for me and my child?

Fluoride can be found in water and in foods, and it’s also added to many kinds of toothpaste and mouth rinses.

Here in California, our water supply does have small amounts of fluoride added to it.

Several years after the Canadian city of Calgary stopped adding fluoride to its water, a follow-up study found that children there had more tooth decay than children in other cities with fluoride in water.

Your dentist can also apply fluoride to your child’s teeth as a varnish, gel or foam.

When is fluoride treatment most important?

It’s crucial that children between the ages of 6 months and 16 years be exposed to fluoride and have regular fluoride treatments.  That’s because fluoride will be incorporated into permanent teeth.

To schedule a fluoride treatment for your child, call ABC Children’s Dentistry in San Diego