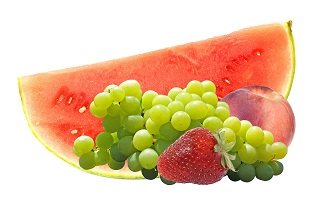 Find Out Which Snacks Are Good For Your Child’s Teeth

There’s more to good dental care than just brushing and flossing. In this issue we’ll talk about nutritional choices that help your child’s teeth as well as his or her overall health.

Foods That Lead to Strong Teeth for Children

Snacks
With school out and summertime upon us, picnics are definitely the order of the day! When you’re packing the meal for you and your child, be sure to include at least a few of the snacks below as eating crunch, raw veggies and fruits will help remove substances that stick to the teeth surface

Beverages
Most sodas and juices pack lots of sugar, which can easily lead to tooth decay. Try to encourage your child to get into the habit of drinking water, instead. Water in San Diego is fluoridated, and will go a long way toward strengthening your child’s teeth, and protecting them against potentially dangerous bacteria that’s sticking to the teeth.

Here’s What to Avoid

Just as there are foods and snacks that can help and protect your child’s teeth, there are food and drink types you definitely want to stay away from because of their cavity-causing strengths.

We hope you and your child have a wonderful summer. To learn more about taking care of your children’s teeth, get in touch with us here at ABC Children’s Dentistry in San Diego.