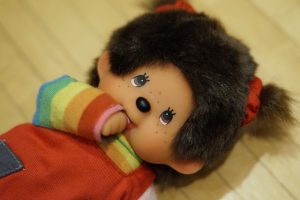 The Good & Bad of Thumbsucking

Thumbsucking is a perfectly natural part of growing up. In fact, the American Dental Association (ADA) describes thumbsucking as a “natural reflex for children” that may help them “feel secure and happy.”

But at what point does thumbsucking and pacifier use affect your child’s teeth, and when should the habit stop?

We’ll talk about it in this issue.

Why does my child suck his thumb?
For your child, thumbsucking is a natural reflex that began long before he/she was actually born. There are numerous ultrasound images that show a child thumbsucking while in the womb. After their birth, they’ll likely continue sucking their thumbs, other fingers, pacifiers and other objects.

Thumbsucking makes them feel happy and secure, and can be used as a type of coping mechanism when they feel anxious. It’s also a habit that can help to induce sleep for your child.

Can thumbsucking harm a child’s teeth?
Because sucking may, in the long run, depress your child’s tongue away from the roof of the their mouth, the normal growth pattern of your child’s upper jaw may be hindered. Specifically, it can cause the upper jaw to grow more narrowly, which could result in an overbite.

It can also cause serious problems with the alignment of your child’s teeth.

Speech development can also be hindered or delayed for children who have a difficult time in breaking the thumbsucking habit.

The news is not all bad about thumbsucking, however. Results from a study published in the journal Pediatrics found that children who suck their thumbs could be less likely to develop certain allergies.

In an interview, lead researcher Malcolm Sears said, “Early exposure to dirt is not a bad thing. When they suck their thumbs or bite their nails, they’re exposing themselves to additional microbes or dirt which is stimulating the immune system.”

When should a child stop sucking his thumb?
According to the ADA, most children should be encouraged to stop thumbsucking by age 4. If your child doesn’t stop the habit voluntarily, there are methods you can use to help, including: