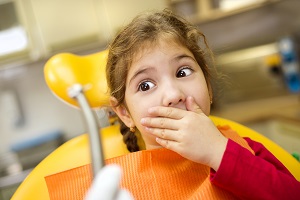 How to Smooth Dentist Office Visit for Children With Autism

A trip to the dentist’s office can be a frightening experience for an autistic child. But with just a bit of strategic planning, parents with autistic children can make dentist office visits go much smoother.

When selecting your child’s dental care home, you can reach ABC Children’s Dentistry in San Diego by calling 858-780-9794, sending an email, or reaching us online.

Why can a dentist office visit be so frightening to an autistic child?


Even children’s dentist offices, which is typically designed and decorated to put a child at ease, can be intimidating to children with autism. This can be from any number of factors, including the sounds, bright lights, and strangers.

How can I make the dentist office visit better for my autistic child?

Here are a few suggestions to help smooth your child’s visit to the dentist’s office.

To make sure your child is on the path to good oral health, schedule an appointment by calling ABC Children’s Dentistry in San Diego

While it’s on your mind, get in touch with us now to schedule your child’s appointment. We provide customized care that is skilled and fun!

2,078 thoughts on “How to Smooth Dentist Office Visit for Children With Autism”