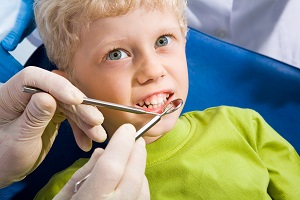 Is Your Child a Teeth Grinder?

It can be jarring for parents to hear the sounds of grinding teeth from their toddler. However, is this something that demands immediate action?

In this issue, the San Diego child dentistry experts with ABC Child Dentistry will share information on when it’s time to be alarmed by your child’s teeth grinding.

Is it normal for children to grind their teeth?

The medical term for teeth grinding is bruxism, and many children will experience it. The causes of bruxism vary from person to person, but some of the most common are an improper alignment between the top and bottom teeth, teething, earaches, and stress.

The most normal times for children to grind their teeth are when their baby teeth emerge and when the permanent teeth arrive.

What are the symptoms of habitual teeth grinding?

There are a number of telltale signs that bruxism is having a negative impact on your child’s health. Among them are headaches, facial pain, bite and jaw difficulties, and pain in the molar area.

It sure can. Prolonged bruxism can lead to the fracturing and loss of teeth, which in turn can lead to root canals, implants, bridges, and other extensive dental work.

How can I reduce my child’s teeth grinding?

Parents and guardians can play a significant role in helping their child reduce their teeth grinding.


If your child continuously grinds his or her teeth, it’s definitely a good idea to schedule an appointment with us here at ABC Child Dentistry in San Diego.