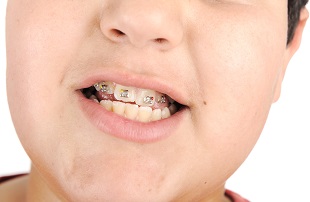 How Misalignment of Teeth Can Impact Your Child’s Health

The American Dental Association confirms that most abnormal tooth placements – or bites – typically make themselves known between the ages of 6 and 12. But if you think that the misalignment of your child’s teeth is merely a cosmetic problem, it’s time to think again.

In this issue, the child dentistry experts with ABC Children’s Dentistry in San Diego will talk about the potential health dangers of overcrowding teeth.

What causes misalignment of teeth?

Known as malocclusion, the misalignment of teeth is typically a condition that is inherited. There are, however, a few habits that can contribute to the condition, including prolonged thumb sucking, use of a pacifier beyond the age of 3, and extended use of a baby bottle.

What can a misalignment of my child’s teeth lead to?

There are a host of chronic conditions that can result from your child’s tooth misalignment.


If you’ve noticed an overbite or overcrowding in your child’s teeth, we’d love to provide an expert opinion. As part of our ongoing services, we provide orthodontics to help assess the need for your child’s correction of things like crowding, crossbite, abnormal swallowing, etc.

To make sure your child stays on track with good oral health habits, be sure make an appointment here at ABC Children’s Dentistry in San Diego.

1,031 thoughts on “How Misalignment of Teeth Can Impact Your Child’s Health”