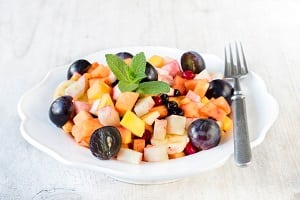 You’ll Never Guess Which Fruits Can Destroy Your Tooth Enamel

Fruit is a key ingredient to just about guide to eating healthy, and what’s not to like about fruit? From the sweet taste and juice to the high content of vitamin C, fresh fruit can be very beneficial to our overall health. As with most things in life, however, there is a catch – even with fruit.

In this issue, we’ll talk about how the high acid contents of some fruits can be quite damaging to the enamel of your child’s teeth and your own.

How can I know which fruits are bad for my teeth?

It’s all about citric acid. According to the U.S. Environmental Protection Agency (EPA), it’s foods with a pH level below 7 that are considered to be acidic. It’s extended exposure to citric acid and other acids that will result in tooth enamel dissolving. This, in turn, leads to tooth decay.

Which fruits are the most acidic?

The most acidic fruits, in no particular order, are:

What fruits are safe to eat?

The fruits listed above, while considered to be the most acidic, can still be enjoyed; the key, however, is moderation. The good news is that there are plenty of fruits that are excellent sources of vitamin C and much less acidic. These include:

What other steps can I take in lessening the risk of citric acid?

Again, there’s no need to completely avoid the fruits deemed to be highly acidic. To enjoy your favorite fruit, here are a few tips to keep the risks of enamel erosion at bay.

We’re all about introducing, creating and delivering dental care to your child in a gentle, non-threatening and fun environment. Our customized approach will fit the unique individual dental needs of your child.

2,939 thoughts on “You’ll Never Guess Which Fruits Can Destroy Your Tooth Enamel”