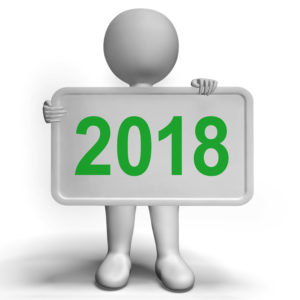 4 Resolutions For Your Child’s Oral Health

Another year is upon us, and chances are better than average that 2018 will seemingly fly by just as the other years. The start of the year, however, is an excellent time to re-commit to the health of your family. A very important part of that – especially for your child – is oral health.

In this issue, we’ll share tips for getting 2018 started the right way for your child’s teeth.

For example, the American Dental Association (ADA) confirms that regular dental visits are the first line of defense for professionals to identify potential dental health issues. Also, the visits can put a stop to any issues arising in the first place.

For example, when brushing, your child should:

It’s also crucial to replace your toothbrush every 3-4 months. We’ve been pretty diligent about providing information about tooth brushing, with articles including how to select the right brush for your child, selecting the right toothpaste and the right way to care for your child’s brush.

Get your child’s oral health kicked off the right way in 2018 with expert pediatric dental care in San Diego by calling ABC Children’s Dentistry.

While it’s on your mind, get in touch with us now to schedule your child’s appointment. We provide customized care that is skilled and fun!

1,117 thoughts on “4 Resolutions For Your Child’s Oral Health”